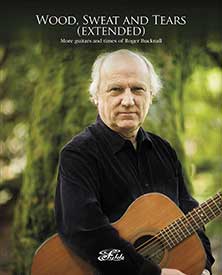 These instruments are unique to Fylde. They are built using timbers reclaimed from the scottish malt whisky industry. Each instrument is created as an individual, according to the available timbers.

Guitar makers often use reclaimed materials, mahogany bank counter tops and piano soundboards being amongst the most common, although every maker has his own stories to tell.

During one period of particular concern over material supplies, I began thinking of new sources of old timber that could be used to make a demonstration piece to show what could be achieved, and when Steve White (my main assistant at Fylde at the time) suggested a beer barrel, various things dropped into place. I have a share in a local real ale pub, andI'm a keen "collector" of whisky, with lots of friends in the trade. Soon the idea of a beer barrel had changed to a whisky cask, but when the first timber arrived from the Talisker Distillery, somebody had misunderstood, and sent large Oregon Pine washback staves instead of oak barrels.

The soundboard of a guitar is the most visual part of the instrument, and using a traditional spruce top on the oak back and sides would not have been particularly new or exciting but the weird and wonderful patterns within the Oregon pine, coming from 40 years immersed in hot alcohol, raised new possibilities. By cutting the huge staves into thin strips, removing all the unsuitable and damaged areas, and reassembling the best parts into wide boards, magnificent repeating patterns emerged, and coupled with the scorched and seasoned oak from barrels used at least twice before, just too good to avoid trying out on a guitar.

The Ariel guitar and Touchstone mandolin designs are ideal for the small sizes of timber available, the guitar producing a tight, lively tone, while the mandolin is a delight, full of rich overtones, bagpipes and fiddles, traces of peat and smoke. it is interesting to realise that the famous violin makers of Cremona used timber seasoned in water. We use whisky, with a little sherry.